Huawei Honor 20: Honor flagship to be revealed in London on May 21st

Huawei smartphones sub-brand Honor is all set to launch their 2019 Flagship smartphone Huawei Honor 20. The Honor flagship brings top features from the parent company to a budget price tag. Although, the Honor smartphones are considered a step-down. This year Honor View 20 change the things by being better Huawei counterpart. The Honor 20 is expected to be the step-down version of Huawei P30. 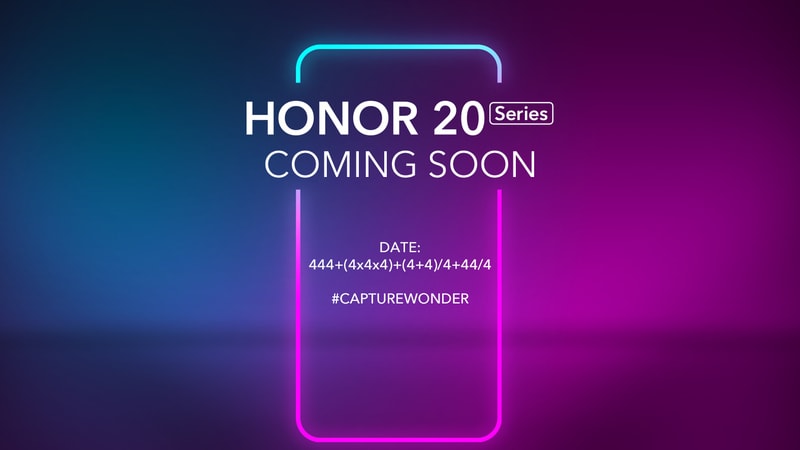 Last year, The Honor 10 came with a similar but less premium design as Huawei P20 pro. Both the smartphones share the same processor but Honor sported a step-down camera and Display while a step-up fingerprint sensor.

The Honor flagship is said to have a 6.1-inch OLED display, an in-display fingerprint sensor.Under the hood, powered by the 7NM HiSilicon Kirin 980 SoC, and three RAM/ storage configurations — 6GB/ 128GB, 8GB/ 128GB, and 8GB/ 256GB.On the camera front, the smartphone is expected to have a triple rear camera setup, featuring a 48-megapixel primary sensor, 20-megapixel secondary sensor, and an 8-megapixel sensor.

The Honor View 20 prices and specification have not been released yet, while the Honor 20i first of the series to be launched in the coming week is expected to launch at a price tag of Rs 17000.

The Huawei Honor 20 is supposed to launch in London on May 21st this year. The expected price range of the phone is to be between 30-40k, while the Honor view 20 might be discontinued upon the launch of the new flagship.